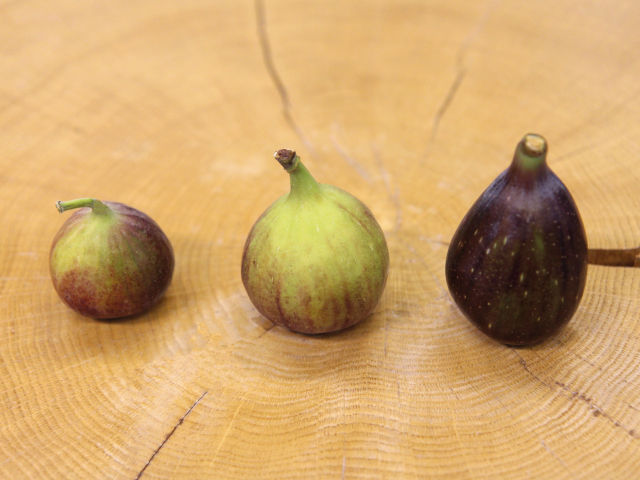 The Brazilian and Peruvian fig seasons began in early November, which was later than last year. “We had already been at it for a month at this time last year. Now we have just started”, says Edwin Janssen of Bud Holland in week 46. “We are expecting major shortages in December due to the cold weather experienced in Peru during flowering season.” With the festive season just around the corner, this is not good news. “We are not getting the volumes we need, making this a very exclusive exotic fruit in December.”

The Peruvian black fig is has been taking up a large share of the market in recent years. “You find that more businesses are asking for them, but this fig is only cultivated by two or three growers”, says Edwin. “The acreage being used for cultivation is increasing, but this fruit is not yet generally available. This year is the first time that we have seen this product being sold by a Dutch competitor. Previously we were the only one in the Netherlands.”

The Peruvian black fig is less known in Europe than its Brazilian and Israeli counterparts that are also on the market. “You do not see Peruvian figs so much in Europe. It is a completely different fig to the ‘green’ variety from Brazil. The Peruvian fig is much more flavoursome, but there are simply fewer companies that export it. This fig is, therefore, that much more exclusive.” Edwin goes on to say: “It is a black fig that is entirely edible. The current variety is called ‘Toro Sentado’, which is the Black Mission’s successor and

It tastes fantastic and is different to the Turkish variety. It is the same colour as the Turkish variety, but is larger in size.” Figs are gaining popularity throughout Europe. “From Iceland to Finland, Portugal to Greece, and everywhere in-between”, says Edwin. “Dutch supermarkets are also making space on their shelves for our Peruvian figs”, he says. With the shortage of Peruvian figs expected in the last month of the year, it is possible to switch to supplies from Brazil and Israel, although these are a different fig. “The Israeli figs are acceptable, but not everyone wants the Brazilian variety”, says Edwin. There were questions around these figs a few years ago because of a powder that was used to extend their shelf-life. Since last year, these powdered figs are no longer on the market. “Since this variety is so readily available, it is still the most popular fig, with the highest demand and most sales.”

December is a real exotics month. In the last month of the year supermarkets request exotic fruit and vegetables. This is no longer limited to higher-end supermarkets and even discounters like Aldi and Lidl are asking for exotics. “In December everyone wants exotics. You then see the demand from supermarkets, wholesalers and delicatessens increase. December, and also Easter, have always been associated with exotics.” For exotics specialist, Bud Holland, the Christmas season does not make the market. Exotics also sell well in the other eleven months of the year. Albert Heijn is interested in exotics all year round. Other supermarket chains are, however, lagging behind in this regard. “I even think our biggest peak is in May”, says Edwin. This has to do with the kinds of exotics that are available at that time. “We want to represent the grower throughout the season and not just for only a month.”

“The market for exotics is growing as a whole. Previously only specialists traded in exotics, but you see an increasing number of companies trying to sell especially the so-called bulk exotics alongside their usual range.”A few decades ago Bud Holland was the first Dutch company to import kiwis from New Zealand. Back then it was an exotic; nowadays it is a commodity. “This is the reason why we are continuously looking for more exclusive exotics for our range. Here we can mention, among others, Yuzu citrus, Myoga ginger and Black corn. We see that the demand for these is also growing”, says Edwin. “We are, for example, currently promoting fresh jackfruit in Europe, which no-one else is doing. It is a real challenge, but we are used to that.”

Since exotics remain a niche product and there are many small-scale growers, organics are a possibility in the long term. “We are, in our opinion, already practising Fair Trade by maintaining relationships with suppliers for more than 30, sometimes 40, years. Our growers/suppliers already have their hands full with GlobalGAP and Social certification. They are often small(er) growers, so the cost of organic farming is, in relation, far too high. It remains a niche market. It is a difficult transition to make for the little-known exotics. For the better-known exotics, it is somewhat easier.” Here Edwin uses the example of a grower in Colombia who has been cultivating Inca berries organically and Fair Trade-certified for many years. (RM).